HomeFamily Law Employment and Labour Law General Interest Personal law The cost of litigation – What does it mean?

The cost of litigation – What does it mean? 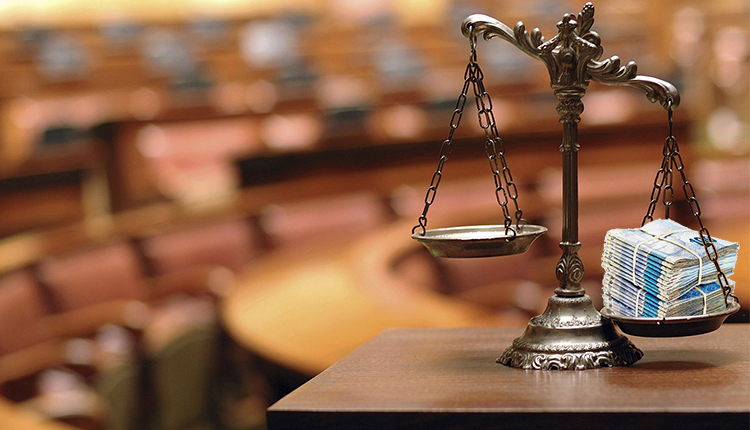 The very nature of business and our commercial interactions with each other means that the ground is always fertile for disputes to arise. In cases of dispute that cannot be resolved between the parties on an amicable basis, either one or both parties may proceed to have the dispute referred to court for a final determination.

The fact that everyone in South Africa has the right to access to justice, does not always mean that it comes without cost. In this article, I explain in broad terms the nature and application of costs in litigation proceedings.

In general, our legal system is premised on the so-called adversarial system meaning that parties to a dispute will present and argue their respective sides of a matter in a dispute before an impartial judge, magistrate, arbitrator, or the like. More often than not, the disputing parties will employ the services of professional legal representatives to assist with the preparation and presentation of their cases.

A legal representative renders his/her services to his/her client on the basis of a contract of engagement, colloquially referred to as a mandate. The mandate spells out, among other things, what services will be rendered by the legal representative and what he/she will charge the client for such services.

The legal charges are usually made up of two parts: out of pocket expenses, also known as “disbursements” such as: costs of travel, sheriff services, advocates charges, courier charges and the like. The legal representative will also charge his/her client a time-based amount for the services he renders when employing his skills and expertise to the matter. These costs are known as the “attorney and own client costs” and are derived from the mandate concluded between the legal representative and his/her client.

As a general rule, the party who is successful in the litigation matter will be awarded an order by the court for the loser to pay his/her costs. The rationale hereof is, in general, that the loser will be required to recompense the winner a portion of all the legal charges that he has paid in successfully bringing or defending the legal action. The amount of such legal costs that the loser must pay depends on the nature of the award of costs.

If the court orders the loser to pay the winner’s costs on the scale as between “attorney and own client”, this means that the loser will be required to pay almost all of the winner’s legal costs that he/she can show was incurred.

If the court orders the loser to pay the winner’s costs on the scale as between “attorney and client”, such costs will be payable at a rate usually lower than that of the first-mentioned scale as determined by the charges emanating from the mandate.

Lastly, the court may order the loser to pay the winner’s costs on the scale as between “party and party” and which scale of costs is the lowest level of charges that can be recovered and that is regulated by legislation.

The Bill of Costs is referred to both the loser and to an independent adjudicator known as the Taxing Master. The Taxing Master will, on a prescribed date made known to both parties, invite them or their legal representatives to persuade him (Taxing Master) why certain cost items should be refused. The idea behind this process is to ensure that on a final determination, the costs recoverable from the loser is fair and reasonable.

Are there any alternative courses of action?

Litigation is not for the feint-hearted in terms of the time and process but also in respect of the potential legal costs that may be incurred and that will be payable by the loser. It is therefore advisable that all business owners review their contracts and ensure that they include therein the basis on which costs will be recoverable from the other contracting party in the event of a dispute.

It is equally advisable that before parties’ rush into protracted litigation, consideration be given to alternative means to resolve disputes that will both be a time and money saving alternative. This includes consideration of self-imposed mediation or assisted mediation. The use of arbitration is another alternative to consider that, while costs will be incurred, is sometimes a faster process and eliminates time-spend. Also, the access to tribunals established under law giving access to the public to various ombudsman must also be carefully considered.

When all else fails and litigation is the best alternative, we recommend that you discuss the potential legal costs with your legal representative to agree on costs management arrangement other than one that is only time-based. This can be achieved in numerous and, sometimes, innovative ways such as a fixed-charge arrangement, contingency arrangement (in limited circumstances), a pre-payment arrangement and such similar fee structured arrangements.

Disclaimer to this article: This article is published for you to read and, if you so wish, share with others on the understanding that at all times the copyright herein will and is the sole and exclusive ownership of the author. The article is made available for informational purposes only and does not in any way constitute legal advice. No representations as to the accuracy, completeness, suitability or validity of this article is made. No liability will attract to the author for any losses, injury or damage you may suffer arising out of your use of this article. It is recommended to always seek professional assistance of a qualified lawyer at all material times.