Stealing stories: How to protect yourself 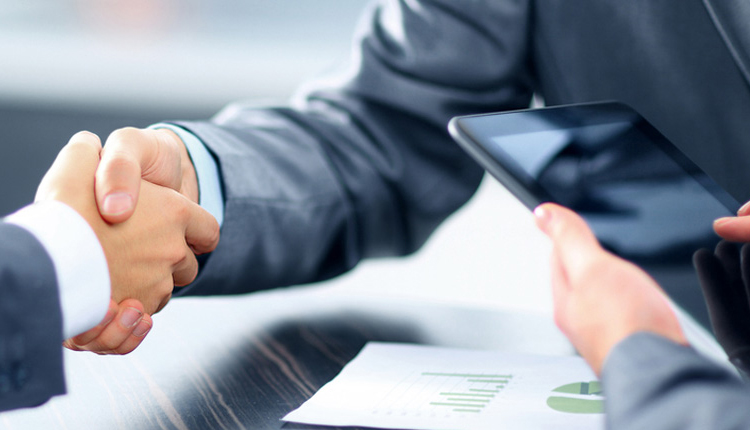 Stealing stories: How to protect yourself

How can writers protect themselves from story theft and what legal remedies are at hand to assist them in preventing such story theft? The first part of this article will look at how a writer can protect his story using the law of contract and, in a future article, I will look at how copyright law can further assist a writer in this regard.

Recently, I was engaged by a writer who had authored a novel a few years back and had subsequently written a screen play therefrom. My client wanted to approach one of the country’s leading television production companies with a view to marketing the screen play and, hopefully, for the creation thereof into a television series.

During our consult, my client told me a few horror stories regarding story theft by independent production companies and, in some cases, how writers were left penniless after their story was created into a Broadway production, television series or movie. While this situation is not typical in South Africa and within our entertainment industry, it is very much alive in more mature markets such as Hollywood.

When a writer applies his mind and his labour to create a story, the end result constitutes not only a creative work but also an intellectual property asset belonging to the writer. Like many writers the world over, the creative process must be married to the commercial process in order for the writer to enjoy the material fruits of his or her labour. This usually comes in the form of a book deal or book publishing; it may also result in a screenplay and, ultimately, a television or movie production.

Story theft can happen in an instant to the inexperienced or unrepresented writer. For example, where a writer leaves a copy of his manuscript with the receptionist of a production company to be passed on to someone higher up. Several months later, the writer learns that his story has been published (with a few changes here and there) under the name of another author!

Where there is a clear case of the theft of a writer’s story by, for example, a production company, such company and/or its employees or agents face not only a civil claim by the writer for the loss the writer has suffered as a result of the theft of his story, but also the reality that the production company and/or its directors, agents or employees may be charged with theft in the criminal court.

But how can a writer avoid even reaching this critical juncture? The answer lies in contract law. Contract law is that body of rules and regulations that govern the agreements between contracting parties and the enforcement of each one’s rights in terms of the content of their agreement. Before I look at specific ways that contract law can be used to help protect a writer’s story from being stolen, let’s first understand the general ambit of contract law and how our law deals with the rules and regulations in interpreting and enforcing agreements.

A verbal contract is also recognised in our law as a valid and enforceable contract between parties who have concluded such an agreement. While our courts do recognise a verbal contract, it is usually very difficult and time-consuming to prove the exact terms and conditions thereof. Where the parties are in a dispute and the matter is referred to court or arbitration, each party will be called upon to lead evidence to prove the terms and conditions that the parties agreed to when concluding the verbal contract.

As you can imagine, this is a difficult process and the result of the court award or arbitration will usually be made in favour of the person who can prove his case better than the other party. It still doesn’t however, mean that the court or the arbitrator would have seen and understood the true terms and conditions as they would have done had the contact been in writing.

Another important element to consider in interpreting and enforcing contracts is whether such contracts are express, tacit or implied contracts.

An express (written or verbal) contract poses no difficulty because the terms and conditions are clear for all parties.

It becomes a little more difficult when contracts (written or verbal) are interpreted as being tacit or implied. For example, you take your family out for supper to your local restaurant; you choose your meal, eat your selected meal and drink the bottle of wine you ordered. At the end of the evening you walk towards the door but don’t pay at the till point. The manageress stops you and demands payment. While you may not have directly and expressly entered into a contract with the Manageress, the mere fact that you entered the restaurant, chose and ate your meals and enjoyed a bottle of wine all adds up to conclusion that by your actions you agreed to pay for your meal even though you did not expressly enter into a formal contract.

Your actions, in this case, creates a contract based on the implied terms of the restaurant offering to sell you a meal and your offering to pay for it at the end.

With that understanding of a few of the general principles of contract law (there are more), let’s look at how a writer can use the law of contract to protect his or her story from possible misappropriation.

Where a writer, for example, goes to see a publisher or production company to pitch his or her story, may want to start by saying something like,” I would really like to show you my story. I am willing to do so on the understanding that if you want to produce it or publish it, you agree to pay me.” If the agent says he will, then you have an agreement which is enforceable in law.

It is always best to try and have the producer acknowledge the terms of the agreement in a written contract, but practically it is seldom that a producer or publisher will sign a legal document of this nature and, by doing so, bind his or her company without first having seen your story.

In such a case, I suggest that you follow up your meeting with a short email to the producer confirming your meeting and summarising the terms upon which you showed him or her your story. The important part of the email may want to read something like this,” I confirm that you have agreed to look at my story and, in the event that you decide to publish it, you will pay me therefore.”

But what happens where the producer, after having read your story, tells another person of the plot, characters and more and such other person then goes about developing his or her story based on what he or she heard the producer say about your story?

This can also be overcome by binding the producer to a confidentiality agreement. You could say something like ” I am telling you my story in the strictest of confidence and that you will not share it with anyone else unless you ask me and I consent to such sharing.”

In this way, the producer is bound by the terms of your agreement and may not disclose the story to any other person without your permission. If he or she does so, he or she commits a breach of your contract and you, as the writer, can sue him or her for any loss or damage you suffer as a result of this breach of the confidentiality contract.

Contract law provides a useful tool to a writer or writer’s agent to protect against the threat of story theft. Where stories are, however stolen and contract law does not provide any assistance to the writer, all is not lost. The law of copyright provides some meaningful ammunition to deal with story theft. More on this point in my next article.