HomeOther Protecting The Image Rights Of Our Sport Stars

Protecting The Image Rights Of Our Sport Stars 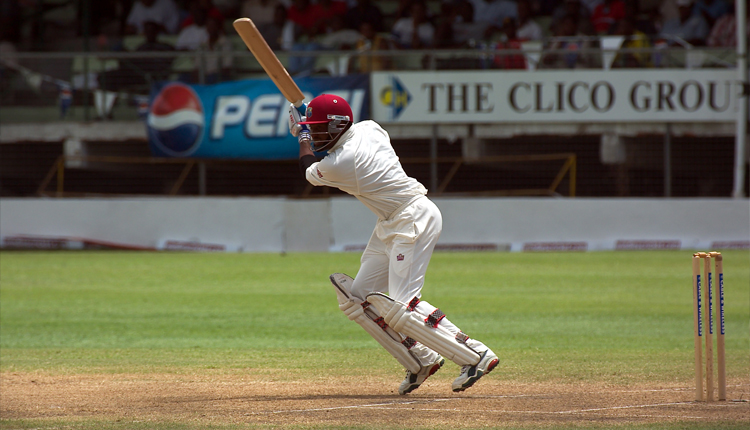 Protecting The Image Rights Of Our Sport Stars

South Africa’s march from amateur to professional sports in certain athletic disciplines has seen sports branded merchandising, athlete endorsements and corporate sponsorships become big business today. In particular, the commercial exploitation of an athlete’s image to promote and sell anything from branded clothing to luxury investment properties on golfing estates is fast taking hold. It is common knowledge that many international sports stars and celebrities enjoy a vast amount of added income thanks to lucrative sponsorships, product endorsements and royalty payments earned from the grant of licenses to exploit their image or image rights. Tiger Woods, for example, is reported to have concluded sponsorship and merchandising license agreements to use his image to the value of over $90 million. Michael Jordan, regarded as the richest sports star alive, has enjoyed over $100 million in sport sponsorship, endorsement and character merchandising deals during his illustrious career.

” The ability of an individual to exclusively control the commercial use of his name, physical/pictoral image, reputation, identity, voice, personality, signature, initials or nickname in advertisements, marketing and all other forms of media…The sportsperson…often earns substantial license fee or royalties that is paid for the privilege of allowing his name to be used for promotional purposes”

As said, it is fast becoming a reality in the world of sport that athletes earn substantial income not only from their on-field performances, but also from the valuable sponsorship deals and endorsements concluded between them and the vendors of certain goods or services. In particular, the commercialisation of a star’s image rights and the grant of an exclusive license allows, on the one hand, the advertiser to enhance the reputation of the product or goods due to the association with the celebrity or sports star and thus attracting the purchasing public while the athlete or celebrity enjoys compensation in the form of a royalty payments for the right of the advertiser to use and exploit their image.

Besides the exploitation of a sport star’s image right, the athlete may also earn a lucrative sponsorship deal whereby an advertiser or vendor wishes to associate his or her product or goods with that of the star athlete. Furthermore, an athlete may earn huge amounts of money by agreeing to endorse a certain product or service. By endorsing the product, the sports star gives his name as a stamp of approval, letting the general public know that he approves of the product or service. Sports endorsements are all around us from the infamous endorsement of SAP by Ernie Els to golfing equipment by Tiger Woods. Recently, there has been the endorsement of Gillette products by David Beckham as well as the endorsement of the Springboks by British Airways.

Image rights are fast becoming valuable commercial assets of well-known athletes and celebrities, but like any asset of value, it is always subject to some form of risk and in the case of the image rights of sports stars, the threat usually comes from the misappropriation of the star’s image or image rights by both unscrupulous entrepreneurs and big business. Protection and the ongoing management of a star’s image and image rights has become so important that star’s and /or sports agents and/or commercial rights holders are turning to the law in search of protective mechanisms to safeguard the lawful exploitation of such image and image rights. In certain circumstances, the image of a sports star may be recognised and protected as a trade mark. Numerous sports stars and celebrity personalities have sought protection from the statutory laws governing trade marks. Several well-known personalities have registered their names, initials, signatures, images and slogans as commercial trade marks. For example, our past springbok personalities, Naas Botha and James Small have registered their names as registrable trade marks. Eric Cantona, the well-known English footballer, has not only registered the name “Cantona 7″ as a trade mark, but also his famous slogan ” ooo…aaah Cantona”. Trade mark law is a useful protectionist piece of legislation in terms of image rights for sports stars as it gives the athlete a monopolistic control for a certain period over his registered image trade mark and, thereby, preventing another person from registering or attempting to register or use an identical or similar image trade mark.

Copyright law also assists sports stars in their fight to protect their image rights, even if its application to such protection is somewhat limited or bedeviled. Notwithstanding some of the difficulties in applying copyright law, its protective qualities were best put on show when in 2003 a number of senior South African Springbok rugby players brought a High Court application to interdict the distribution and sale of the DVD featuring the infamous Kamp Staaldraad training camp of the springboks in preparation for the 2003 World Cup. Aside from the Court finding that the players featured in the footage would have been the subject of a claim to impairment to their dignity and good name, the Court also found that the producers of the DVD were in breach of South African copyright law. This was due to the fact that the footage of the Kamp Staaldraad training camp belonged to SA Rugby (Pty) Ltd and the said organization had neither consented nor assigned its ownership rights in the footage to the producers of the Kamp Staaldraad DVD.

Another example of how laws assist sport stars to protect their image rights was tested in England when Eddie Irvine, the famous Formula 1 racing driver, successfully won his case for the unauthorised use of his image when it became apparent that a certain radio station had manipulated a photograph of Irvine by removing the cellphone in his hand and replacing it with a radio emblazoned with the words ” Talk Radio”. Irvine claimed that the use of his image amounted to a misrepresentation of his endorsement of the radio station and the radio show’s programme content. The Court concluded that Irvine had established a substantial reputation not only among Formula 1 racing fans, but across a wide spectrum of the British public. The Court held further that the use of the manipulated photograph would be seen to be understood by the general public at large as an implicit endorsement by Irvine of the radio station when in fact he did not.

In a matter leading up to the 2003 ICC Cricket World Cup, the ICC attempted to have contracted players sign agreements incorporating a provision that entitled the ICC to use and exploit the image rights of the players for its benefit without any compensation to the players. When a stand-off ensued, an agreement was reached whereby the ICC was entitled to make use of the contracted players’ rights for a short period during and after the World Cup.

South African law does not, currently, recognise any specific proprietary interest and property rights in the image, likeness, voice or other aspects of the persona of individuals such as famous sport stars or celebrities. Where sports stars themselves or through their image companies have registered their image rights as trade marks, infringement proceedings may be instituted against the infringer for such trade mark infringement. Copyright also acts as a useful tool, but this will mainly find application where the action is based on a breach of copyright and if it can be proved that there was a reproduction in material form of a substantial part of an original work. At common law, the sport star can institute an action for delict where he has been defamed or his dignity has been violated. Alternatively, a claim for a breach of ones constitutional right to privacy may also be of some assistance to the sports star.

Despite these legal frameworks to protect and manage the image rights of sports stars, it is still regarded by many industry experts that the South African law does not do enough in this regard. The law seems to fail in the growing commercial reality that the exploitation of image rights by unscrupulous advertisers and vendors without the permission of the athlete may cause patrimonial damages in the form of a dilution in the value of certain marketing aspects of the image or the substantial loss of royalty earnings or license fees associated with the lawful use and exploitation of the athlete’s image. It also fails to recognise that a lawful rights holder of image rights will find his advertising market being “thinned out” when a third party exploits such image without consent or authority.

In the case of Federation Internationale de Football v Bartlett (1994 4 SA 727 (T)), the Court stated that the “concept of character merchandising has taken hold in South Africa”. While this provided a glimmer of hope for the recognition of the commercial realities of image rights and the starting point for a change in legal precedent to recognise a stand alone protectable right, Louw in his article, Suggestions for the Protection Of Star Athletes and Other Famous Persons against Unauthorized Celebrity merchandising in South African Law (2007 19 SA Merc LJ at 287) says, however that such recognition has not provided a distinct remedy based on a distinct and legally recognised property right in the case of celebrity merchandising. Louw and many other experts are hopeful that our laws will change soon to accommodate this new commercial realisation in South African sport, especially when such recognition to a distinct right will have many benefits for our sport stars, in particular the previously disadvantaged who have, all but, hung their hat solely on their talent and ability to earn a living as sport stars.

While the growth in sport and the various tentacles of commercialisation takes hold, laws around the world are in desperate need of change in order to recognise the protectable interests in matters such as the image rights of sport stars and celebrity personalities. While America, Canada and Germany have made huge in-roads into recognizing and creating laws to protect image rights of stars and celebrities, South Africa and other countries such as the United Kingdom and Australia do not yet recognise a so-called “stand alone image rights”. Our sports stars, who are by the nature of their calling and training, athletes and not lawyers or sport administrators, will be well advised, in the interim, to take time out to seek professional help and guidance in managing their commercial rights, especially when it involves aspects of image and character merchandising rights. As a starting point, use should be made of trade mark registrations wherever possible as well as a properly negotiated and structured contracts to ensure legitimate exploitation of such rights to the benefit of the sports star. In the meantime, it is hoped that judicial acceptance of a stand alone image right will find favour and that our laws will align itself with the commercial realities of our growing sports industry.

LEGAL NOTICE:
This article may be published in any medium and in any territory in full or in part, subject to the condition that copyright remains vested in the author and the publisher agrees to give and make full reference to the author hereof.